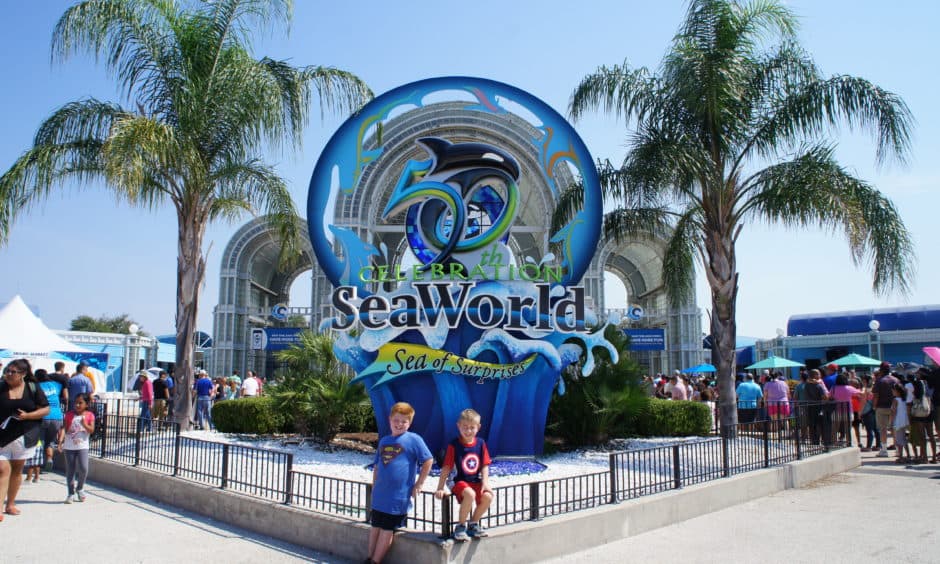 Sea World San Antonio is an oceanarium in Westover Hills District of San Antonio, Texas. It is housing a theme park and a marine mammal park. It’s the largest theme park for marine life worldwide and owned by SeaWorld Entertainment.

The park, initially called Sea World of Texas, was originally developed by Brace, Harcout and Jovanovich. The grand opening was in May 1988, a function that attracted 75,000 people; it was built for $170 million. At the time of its debut, it was known as ‘The Largest Educational and Marine-life Theme Park in the world. It attracted 3.3 million visitors in its first 12 months of operation.

The developers sold Sea World, Boardwalk and Baseball to Anheuser-Busch due to heavy debt. On November 26th, the first killer whale, Kayla, was born in the park. Today she resides at Sea World Orlando. Less popular attraction sites in the park such as the Garden of Flags, the U.S Map Plaza and Texas Walk.

The Budweiser Clydesdales, a popular attraction under the ownership of Anheuser-Busch was added to the park. SeaWorld Entertainment announced in March 2016 that the current generation of the killer whales would be the last. Currently, the Sea World houses 5 killer whales.

Things to Do at the Sea World San Antonio

Once at the Sea World San Antonio, you’ll find the perfect amusement park fun coupled with wildlife exploration. Dive into the water to see some of the most amazing marine animals. Stop by the popular Dolphin Cove and interact with the bottlenose dolphins.

Explore the Penguins Encounter Exhibit with more than 100 different penguins swim, dive and play. Animal lovers have much more fun in store for them here. Backstage tours provide unbelievable and personal interaction with some of the most amazing sea creatures.

Reach out and touch a penguin, make friends with the sea lion and feed the Atlantic bottlenose dolphins. If you are into the thrill of adrenaline rush, visit the Great White to test your limits with a 360 degree loop and flips on the exhilarating coaster. It races approximately 50 miles an hour around the track.

In addition to the backstage tours, interactive exhibits, exciting rides and delicious eateries, the shows also offer majestic saltwater creatures such as killer whales, sea lions, pacific white-sided dolphins, beluga whales and more. You won’t just learn about aquatic life, but also awe at what these inspiring animals can do.

Expect splashes of water as you explore marine life due to the size of the animals. If you are into the thrill of adrenaline rush, visit the Great White to test your limits with a 360 degree loop and flips on the exhilarating coaster. It races approximately 50 miles an hour around the track.

Sea World also provides a variety of dining options and restaurants for foodies like you. The Shamu’s Smokehouse, the Rio Grille and the Star Market Café are within the park. A diverse assortment of sweets is available at Shamu Sort Serve, Azul treats and Polar Parlor.

Sea World San Antonio is the gateway to epic adventures. With activities and things to do ranging from interactive exhibits, exhilarating rides to shows filled with exotic sea animals and colors, there’s something for everyone.